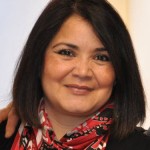 We’ve heard it a thousand times.  Your company repeats it like a mantra—Walmart, they tell us, is the reason the company has to cut healthcare, wages and hours.

At the same time, the employer is aware that Local 7 is determined to protect our membership—and your union will continue to push back against excessive demands of the company.

You should know that recently we were on the brink of having our negotiated healthcare benefits slashed to the point of being unrecognizable.  This at a time when many UFCW Locals and workers across the country have been forced to take deep cuts in their healthcare benefits and pensions.  I am pleased to inform you that Local 7 members weathered the storm caused by rising healthcare costs and a poor economy.  Our member’s benefits have been preserved.  We also negotiated hard money pay raises and secured and maintained your pensions.

Solidarity, an effective strategy and a strong negotiating team made this possible

Once again Walmart will continue to be used by King Soopers, Safeway, Albertsons and City Market as a justification to drive our standards down.  But your Union Local 7, is not sitting idly by as an unprecedented 22 new Walmarts are planned to open in Colorado this year.  Five Walmart Neighborhood Markets have already opened.  Your Union is aggressively confronting the Walmart challenge.  We are pursuing an innovative strategy to protect our members’ jobs and livelihood.

You should know that every time a new Walmart opens, their “Grand Opening” is and will continue to be met with a variety of tactics including saturation leafleting of the surrounding communities, placards, and picketing at targeted stores.  We’ve done price comparisons that inform shoppers that Walmart’s low wages don’t equal lower prices.  Local 7 has an ongoing Customer Support Campaign at union stores thanking customers for supporting grocery workers who are Local 7 members.

Local 7 is generating positive news coverage that is getting our message out that Colorado can’t afford Walmart’s poverty level jobs that are subsidized by the American taxpayer.

Additionally, Local 7 is building neighborhood coalitions to stop or slow the expansion of Walmart SuperCenters.  Currently, we are in the middle of three “site fights”—one in Boulder, one in Denver at 9th and Colorado Boulevard and one in Cheyenne, Wyoming.  I am proud of the fact that when there is opposition to Walmart expansion, community and neighborhood groups contact UFCW Local 7 for the organizational skills and experience we bring to the table.
Our goal is to halt the race to the bottom—led by nonunion companies like Walmart.

We can reverse this trend.  We can move forward.  When we stand together, with one voice, we are a force to be reckoned with.

Now is the time to join together for respect, dignity, decent wages, affordable healthcare and retirement security for all retail grocery workers.

We can only do this with your involvement, because it is you, the Local 7 member who is the source of our power and influence.

I urge you to decide that this is the time to get involved in your Union and to stand together for our values.

Let’s work together for good jobs and dignity and respect for all retail grocery workers.

Sincerely and In Unity,