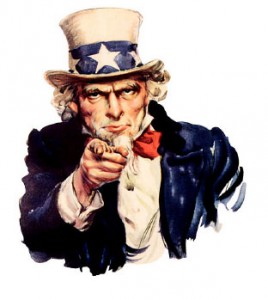 Since the National Labor Relations Act was passed in 1935, Uncle Sam has been on the job to protect the rights of people who work for a living to form a Union without intimidation, coercion, or interference by their employers. Regrettably, many violate the law often—and it is first necessary to know our rights, and then work with our Union to protect them.

They often use fear and dishonesty to try to stop their employees from organizing, because unless you really believe that the wealthy should not share the profits we create by our hard work—who wouldn’t want rights, raises, and respect on the job—and a real chance at the American Dream?

But no matter how much they try—in the end it’s none of their business. It’s our choice if we decide to make it.

Any of the following acts may constitute a violation of Federal Labor Laws. Your Employer Cannot:

Your Rights Under The Law

YOUR RIGHTS TO ORGANIZE ARE GUARANTEED UNDER SECTION 7 OF THE NATIONAL LABOR RELATIONS ACT, AND PROTECTED BY THE NATIONAL LABOR RELATIONS BOARD, AN AGENCY OF THE UNITED STATES FEDERAL GOVERNMENT.
The National Labor Relations Act (TaftHartley and LandrumGriffin) provides the following:
Sec. 7. Employees shall have the right to self‐organization, to form, join or assist labor organizations, to bargain collectively through representatives of their own choosing, and to engage in concerted activities, for the purpose of collective bargaining or other mutual aid or protection.